I have met several VC firms in China throughout my travels, and I have found James Mi of

Lightspeed China, one of the most talented, reliable, and insightful investors. James took the time to sit down with me to answer a few questions on China’s VC landscape.

Lightspeed Venture Partners (LSVP) and started the firm’s Beijing office in 2008. Headquartered in the Silicon Valley, LSVP manages more than $2B in assets and has globally-spread offices. In 2012, James was named by The Founder Magazine as one of the “Top 10 Most Respected VC in China.”

Tell us a bit about your background. How did you get into venture capitalism?

I grew up in China and went to Princeton for graduate school. I then worked at Intel headquarters for seven years in engineering, product, and marketing. I co-founded a venture backed company in 1999, an internet telephone company with a global client base. I then joined Google in 2003 to start to build Google’s business in China from scratch. Google didn’t do many strategic investments at that time, and I initiated investments in Chinese companies including Baidu, Dianping (China’s Yelp + Groupon), Ganji (online classifieds), Xunlei (online video) and more, with significant financial return and partnerships. Being an entrepreneur myself with operating background, I found venture investment very exciting. I enjoy helping founders not only on the capital-building side, but also with building significant business over time.

How would you describe the landscape for VC investments in China? 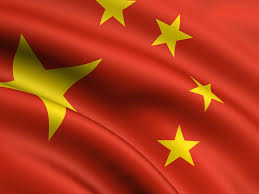 What are the main differences between the startup environment in the US and China from a VC perspective?

From the opportunity set, China has had 8%+ GDP growth for many years and has the largest internet and mobile user base in the world. Many of the traditional industries are also under-developed, which presents even greater growth opportunities compared with the US. On the other hand, the US has a very large pool of talents with college graduates and successful companies which have gone through startup to IPO phases, and a large pool of capital from angel investors to VC to the public market. China is still developing from a talent and capital perspective.

There are many Chinese companies copying successful US models. Is there any unique innovation coming out of China?

One example is WeeChat (Weixin in Chinese), a mobile SNS service developed by Tencent in China. It grew from zero to 300M users in only three years, and in many respects, it’s more advanced than Facebook’s mobile products. Another example is Lightspeed China’s investment in the e-commerce company meilele.com, which designs its own furniture and sells it through internet and in offline show rooms. It outsources manufacturing and acquires users mostly through internet. It has grown annual revenue from $4M to $100M in just two years. There’s no similar company in US, and it’s a truly unique and disruptive business innovation in China.

What VC investment opportunities do you see in China?

China is transitioning from manufacturing and export-driven economy to more service- and consumption-driven economy. The growing middle class is spending more on services including travel. We have invested in Tujia.com, which is the largest internet company for vocational home rental. China has strong restrictions on financial services, but the trend of the restrictions is easing up. We have invested in Rong360.com, the leading company providing internet search for different financial products including loan products for consumers and SME (small and medium enterprises). Another sector we see good potential is in enterprise IT space as labor cost is growing significantly in the past few years and enterprises are gradually adopting more technologies to improve productivity.

I thank James for taking the time to explore the VC landscape in China with me. Feel free to leave your own thoughts about investment trends in China below. To learn more about James, visit his LinkedIn profile.