Please read this interview, particularly if you are affiliated or play an influential role with the funding decision of a non-profit, as it could lead to your non-profit making an even greater impact on its target base. 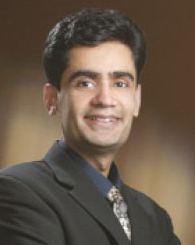 Imagine positively impacting millions of lives…impacting a fraction of that number would represent quite a lifetime achievement for many of us – well, the team at J-PAL (MIT’s Poverty Lab) have already done that and are aiming for more (a recent deworming campaign in India reached 17 million children). Iqbal Dhaliwal, the Global Head of Policy at J-PAL, is leading many of these efforts to ensure that global policies and programs to reduce poverty are made more effective.

I spoke with Iqbal about the challenge of measuring success and how non-profits can make an even greater impact on their target base.

Iqbal, why did you choose a career in policy development and implementation?

I grew up in Delhi and was always bothered why there were so many people that were so poor. Were they just lazy (a fairly widespread belief among many in the middle class) or were there factors beyond their control? Those questions drove me to study economics at college and then to a career in the Indian civil services to implement many of the state-run development programs that aim at reducing poverty.

END_OF_DOCUMENT_TOKEN_TO_BE_REPLACED

They say that the simple things in life are often those that get forgotten or overlooked, and this statement could not be any truer for a customer-centric culture.

Regardless of the type of business that you are in, your business’ primary goal is to offer a product or service to a set of customers, right? The more focus your company has on your customers and prospects, the greater understanding and knowledge that you will acquire about them, which should translate in developing the most accurate, appropriate and valuable offering for them. In turn, this should lead to strong sales, high customer satisfaction and recurring business.